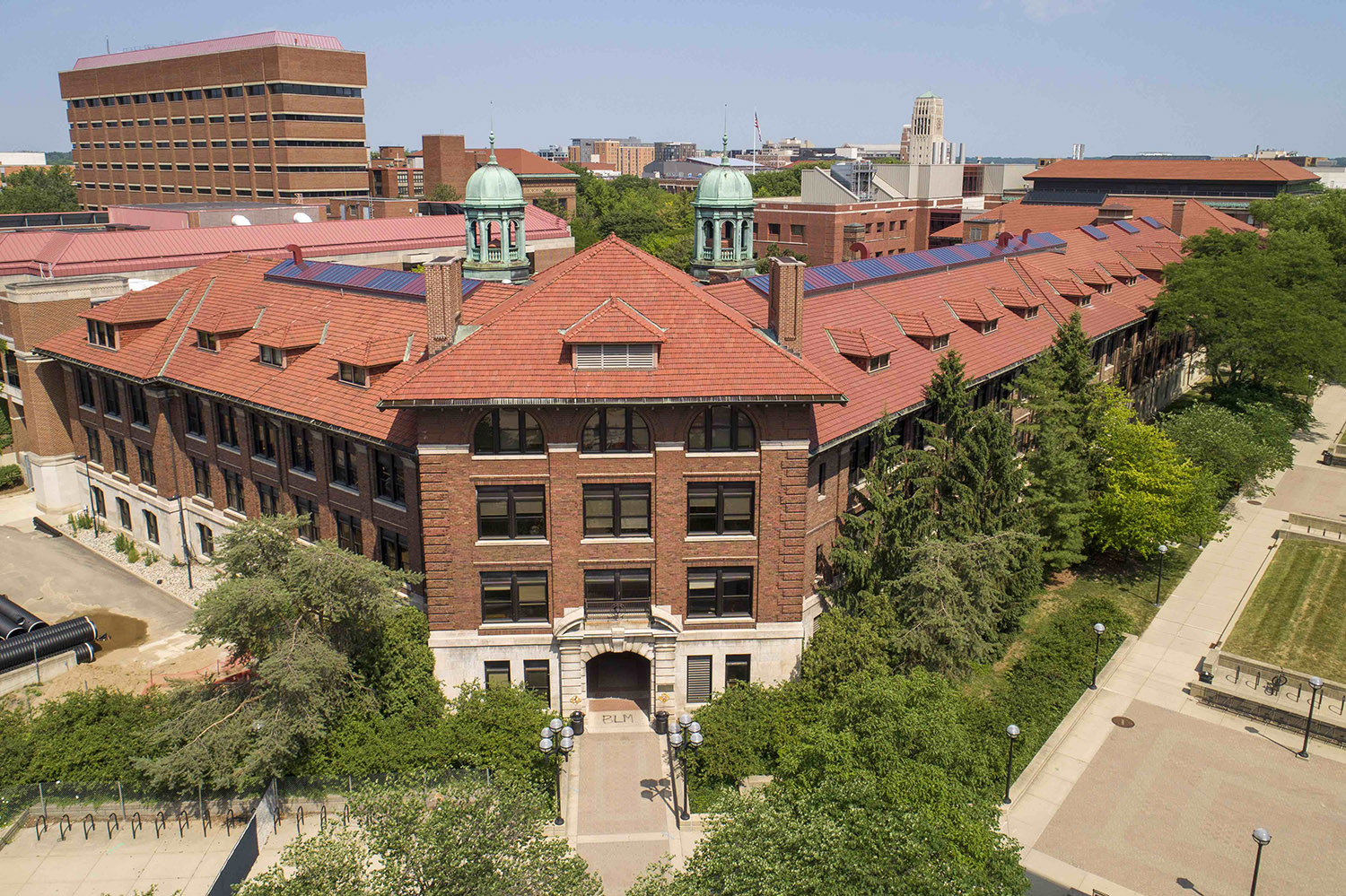 U-M mathematics alumnus Paul Milgrom was awarded the 2020 Nobel Prize in Economic Sciences for his work in improving auction formats. Milgrom and fellow researcher Robert Wilson were awarded the prize for their research about auction theory, a branch of economics that researches how people act in auction markets as well as the properties of auction markets. The Sveriges Riksbank Prize in Economic Sciences in Memory of Alfred Nobel comes with a $1.1 million prize to be shared equally between the laureates.

U-M College of Literature, Science, and the Arts faculty members Heather Ann Thompson, professor of Afroamerican and African studies, history and in the Residential College; and Geneviève Zubrzycki, professor of sociology, were among 184 writers, scholars, artists and scientists awarded 2021 fellowships by the John Simon Guggenheim Memorial Foundation. Thompson and Zubrzycki were chosen from among nearly 3,000 applicants based on prior achievement and exceptional promise. The fellowship allows recipients to pursue a project for six to 12 months, without conditions, in natural sciences, social sciences, humanities and the creative arts.

Gregory Eschenauer, PharmD, clinical associate professor in the Department of Clinical Pharmacy at the U-M College of Pharmacy, and clinical pharmacy specialist in infectious diseases at Michigan Medicine, was appointed to represent the Society of Infectious Diseases Pharmacists on the National Institutes of Health COVID-19 Treatment Guideline Panel. Convened in March 2020 by Anthony Fauci, MD, director of the National Institute of Allergy and Infectious Diseases, the panel is composed of academicians, clinicians and representatives from multiple professional societies and government agencies.

Robert Hampshire, a faculty member in the U-M Gerald R. Ford School of Public Policy, College of Engineering and Transportation Research Institute, joined the Biden administration to work in the U.S. Department of Transportation as principal deputy assistant secretary for research and technology. Hampshire’s research focuses on understanding the societal, climate and equity implications of autonomous and connected vehicles and other innovative mobility services. In this role, he is responsible for research, development and technology activities across the department and the 40 transportation centers.

President-elect Joe Biden selected three U-M faculty members to help review the operations of federal agencies as part of his transition team. Michael Barr, dean of the Gerald R. Ford School of Public Policy, and Betsey Stevenson, professor of public policy and economics, served on the U.S. Department of Treasury review team. Barbara McQuade, a professor from practice in the Law School, served on the Department of Justice review team. All three served in the administration of former president Barack Obama.

Kevin Fu, associate professor of electrical engineering and computer science and the Dwight E. Harken Memorial Lecturer, U-M, was named acting director of medical device cybersecurity in the Food and Drug Administration’s Center for Devices and Radiological Health. In the newly created 12-month post that began January 1, he’ll work to bridge the gap between medicine and computer science and help manufacturers protect medical devices from digital security threats. Fu is the founder of the Archimedes Center for Medical Device Security.

Arnold Monto, a leading epidemiologist at U-M’s School of Public Health, was selected to serve as acting chair of the Vaccines and Related Biological Products Advisory Committee meeting. The committee, which advises the Food and Drug Administration, will discuss the development, authorization and licensure of vaccines to prevent COVID-19.

Five U-M professors were elected to the National Academy of Medicine. Those honored include: F. DuBois Bowman, dean of the School of Public Health; Justin Dimick, the Frederick A. Coller Distinguished Professor and Department of Surgery Chair; Christopher Friese, the Elizabeth Tone Hosmer Professor at the School of Nursing; Karin Muraszko, who leads the Department of Neurosurgery; and Henry Paulson, the Lucile Groff Professor of Neurology for Alzheimer’s Disease and Related Disorders in the Department of Neurology.

Three from College of Literature, Science, and the Arts elected to American Academy of Arts and Sciences

U-M students and faculty scholars were offered 40 Fulbright grants for the 2020–21 academic year. The university is among the top producing institutions in the country for both programs. This year, student interests range from researching the biradari system and caste hierarchy in India, the design optimization of floating wind turbine substructures in Norway, and understanding the access to justice for survivors of conflict-related sexual violence in Bosnia, among other topics.

E. Josephine Clowney, assistant professor of molecular, cellular and developmental biology in U-M’s College of Literature, Science, and the Arts, was one of 22 early-career researchers chosen to join the Pew Scholars Program in the Biomedical Sciences. Clowney will study how female and male brains are programmed to allow sex-specific behaviors. She will receive funding over the next four years.

Two U-M College of Engineering professors were named to the National Academy of Engineering (NAE) for their work advancing society’s abilities to treat water with microbes and monitor the changing Earth from space. Lutgarde Raskin, professor of civil and environmental engineering, and Kamal Sarabandi, professor of electrical engineering and computer science, are among the 106 new members and 23 international members the NAE announced in February. They bring U-M’s total membership to 36.

Amytess Girgis, a senior in U-M College of Literature, Science, and the Arts, became the 29th Rhodes Scholar from U-M since the awards were established in 1902. Her honors thesis focuses on mutual aid groups in Detroit during COVID-19. Rhodes Scholarships provide all expenses for two to three years of study at the University of Oxford in England (ranked the No. 1 university in the world in some global rankings), and may cover funding in some instances for four years. Girgis is one of 32 Americans chosen to win scholarships to Oxford University.

For the 19th consecutive time, Michigan Medicine was awarded an “A” for achieving the highest national standards in patient safety. Developed under the guidance of a national Expert Panel, the Leapfrog Hospital Safety Grade uses up to 27 measures of publicly available hospital safety data to assign grades twice a year to more than 2,700 U.S. acute-care hospitals. The Leapfrog Group’s grading system is peer-reviewed, fully transparent and free to the public.