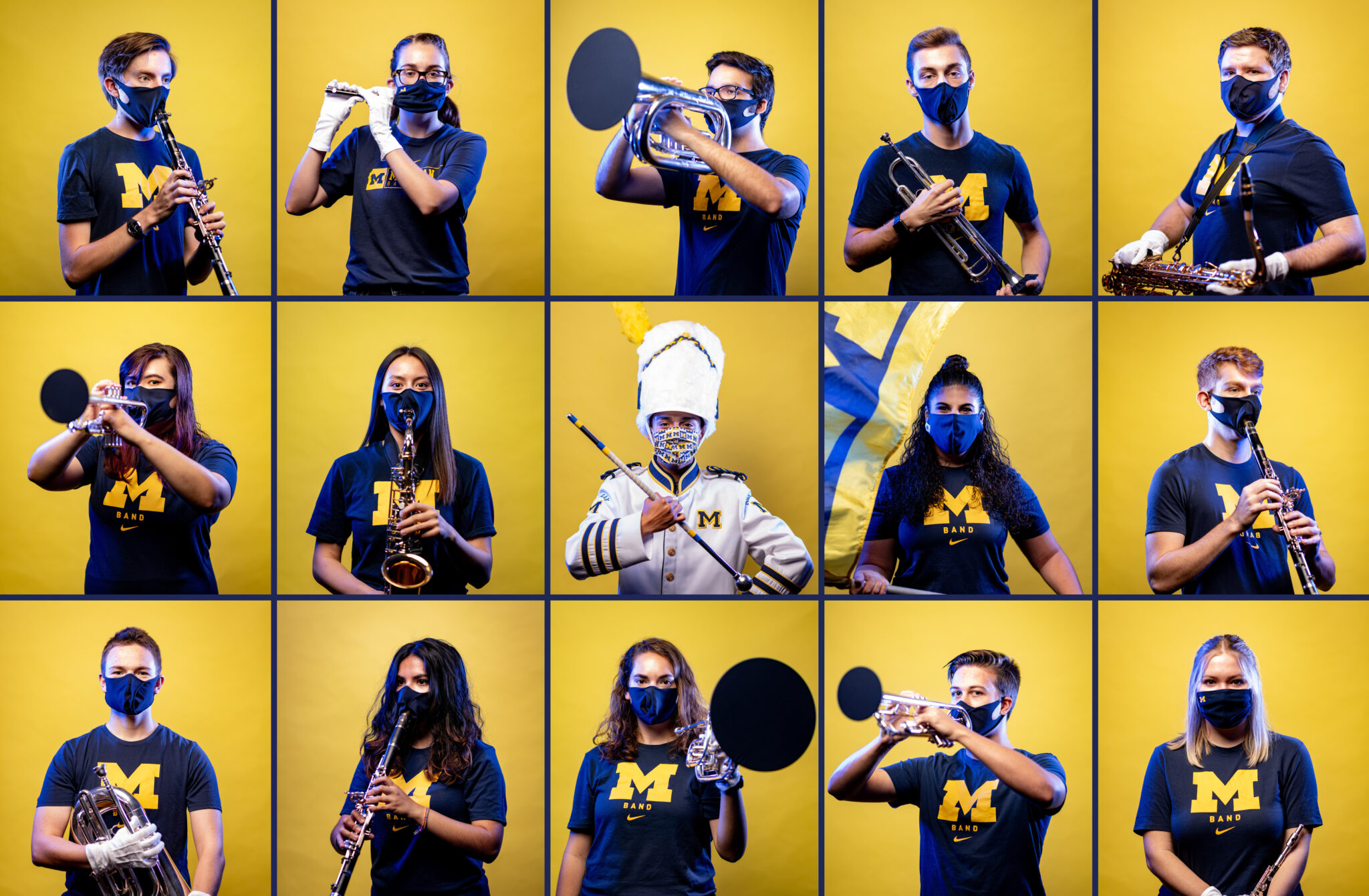 For the first time in its 123-year history, the Michigan Marching Band (MMB) went virtual for the fall 2020 football season. Everything had to change, from how rehearsals were conducted to how students were expected to play their instruments in a public health-informed, socially distanced way.

Successfully navigating such an unusual season required months of research and planning based on current studies on the spread and prevention of coronavirus, national health guidelines and state mandates.

Technically a performing arts course offered within the U-M School of Music, Theatre & Dance, the MMB comprises 400 members from all levels and majors. The virtual marching band class was composed of both synchronous and asynchronous online lessons. Class components varied from recorded video demonstrations to Zoom meetings and breakout sessions.

All efforts were aimed at developing two completely virtual shows. While there was no marching, individual members' performances were combined into video presentations. The first show released in November 2020 paid tribute to frontline workers of the pandemic and was titled “Hail to the Frontline Heroes”. The second show “No Place like HoMe” was released in December 2020 for the Michigan vs. Ohio State game and was completely designed, arranged and written by the students.