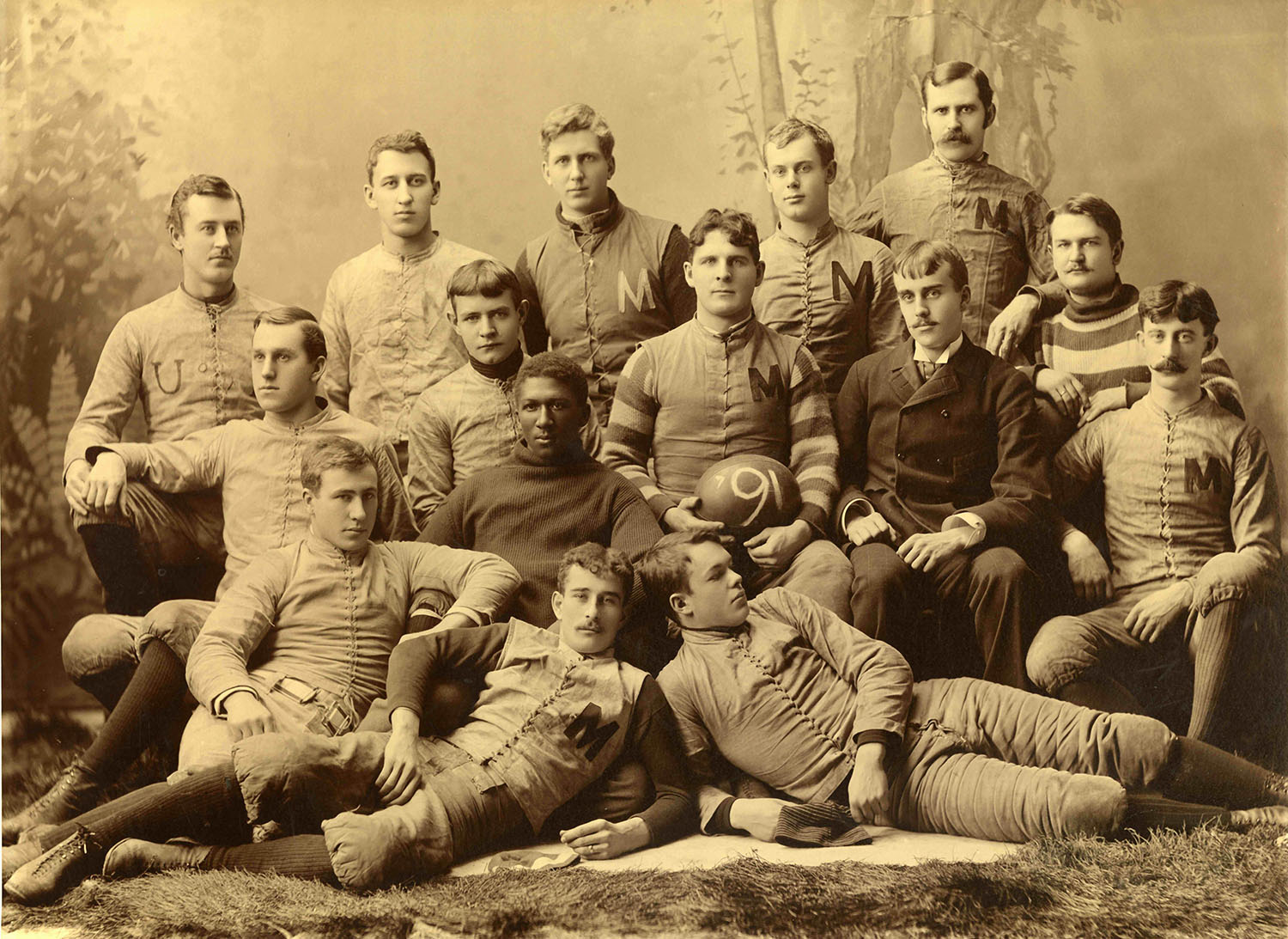 Jewett was the first African American to play football at each institution and was the first Black player in the history of the Big Ten Conference. Similar to the ‘Little Brown Jug’ rivalry with Minnesota, the George Jewett Trophy will be at stake each time the two programs meet on the football field.

Jewett played for Michigan during the 1890 and 1892 seasons, enrolling at the university after being named valedictorian at Ann Arbor High School (now Ann Arbor Pioneer), where he was a standout in track, football and baseball. Jewett starred on the gridiron for the Wolverines as a fullback and halfback and was the team’s main kicker, all while studying medicine. He left Michigan for Northwestern in 1893 to finish his medical degree. While in Evanston, he also lettered and starred in football for the Wildcats for two seasons.

After graduation, Jewett became a doctor in Chicago before returning to Ann Arbor in 1899. He coached briefly at Michigan Agricultural College and Olivet, and later started a dry cleaning and pressing business. Unfortunately, Jewett’s life was cut short, as he died in 1908 at the age of 38 from heart disease, leaving behind a wife and two sons.

“This is a historic moment in major college football history,” said Warde Manuel, U-M’s Donald R. Shepherd Director of Athletics. “We are proud to partner with our peer institution, Northwestern, to recognize and honor an African American pioneer in George Jewett. George achieved at a high level as an athlete and doctor. His hard work and effort led to success not only for himself, but for those who would follow a similar path after him. His excellence at two Big Ten institutions as a student, athlete and citizen is something we want our current student-athletes to aspire to during their collegiate experience. The George Jewett Trophy will become a proud celebration of the importance of diversity on our teams, campuses and in our society.”